Ms Zofia rented a car on vakation in Norway. During the trip she received a parking ticket of NOK 600 (about PLN 300), which she immediately paid via bank account.

About two weeks later, she received a bill from the Norwegian rental company for the amount of NOK 1080 (about PLN 570). The amount also included an administration fee.

The consumer immediately informed the rental company that she had paid the ticket, sending confirmation of the money transfer.

The rental company gave the consumer time to resolve the case with the issuer of the ticket, but Ms Zofia did not receive an answer from them.

Thanks to the cooperation between ECC Poland and ECC Norway, the rental company agreed to cancel the bill for the consumer and to close the debt collection procedure. 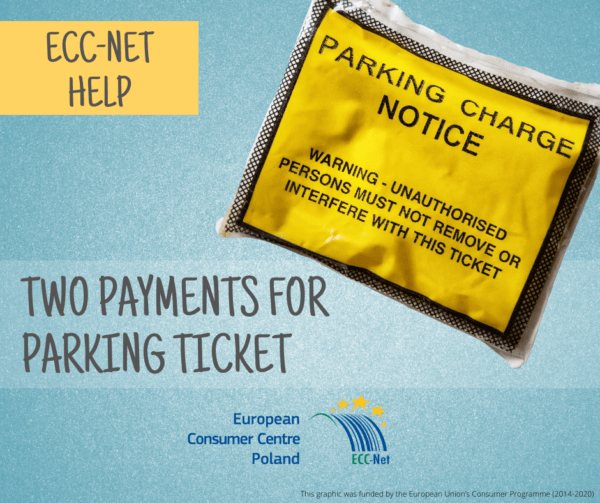