Ms Agata bought ski boots in a German online shop. After one season of use, she noticed that the metal part in the boot that connects the boot to the ski binding had loosed. The consumer noticed damage as very dangerous one (which could result potentially in accidents during skiing).

Ms Agata sent a complaint to the seller, demanding her money back. The seller replied that he had sent the defective shoes to the manufacturer.

After about 2 months, Ms Agata received the repaired shoes. As she indicated during the complaint – the repair of the shoes did not interest her. In the consumer’s opinion skiing in these boots was dangerous.

The consumer sent a complaint to ECC Poland, which contacted the centre in the seller’s country – ECC Germany.

Thanks to the cooperation of ECC-Net, Ms Agata received a refund of 389,97 euro. 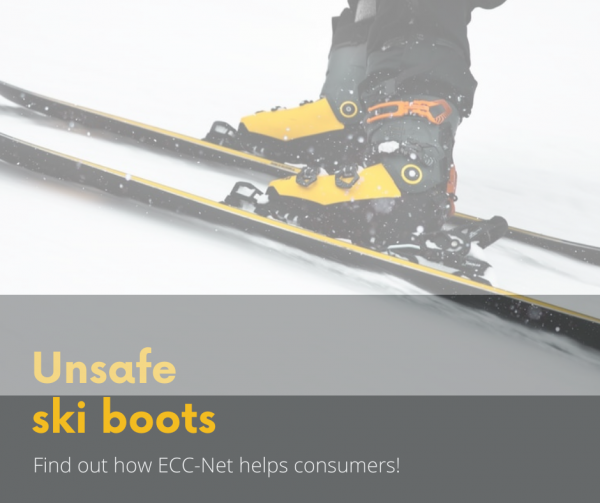