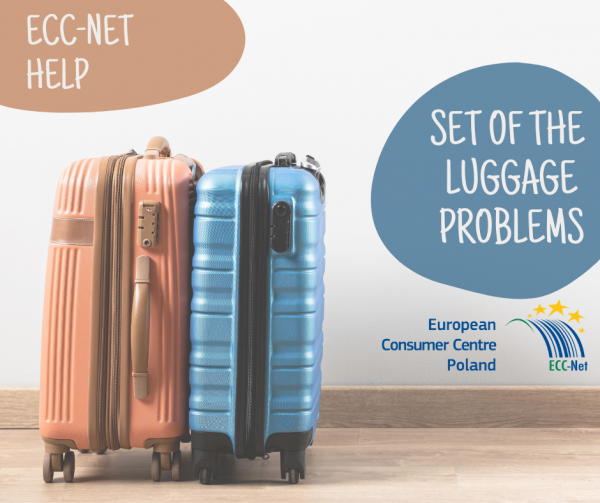 Mr Marek was travelling from Portugal to Germany. At the airport, it turned out that his luggage had not arrived. The consumer reported the missing suitcase to the Lost & Found office, where he received a PIR report. The luggage was delivered by courier three days later. However, the suitcase was damaged. The consumer completed a damage report with the courier and sent  the complaint to the Portuguese airline on the same day attaching the bill for the suitcase, the PIR and the damage report. He did not receive an answer for a month. Then he decided to contact ECC Poland.

Thanks to the cooperation between ECC Poland and ECC Portugal, the consumer was compensated 100% for the suitcase in the amount of 90 euro.